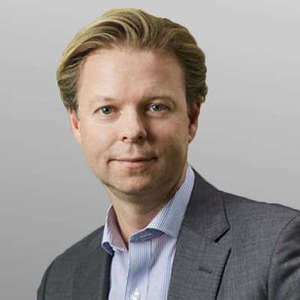 Jason E. Fox is Chief Executive Officer of W. P. Carey Inc. and is a member of the Company's Board of Directors since January 2018. Prior to his current position, Jason served as the company’s President from 2016 to 2017, Head of Global Investments from 2015 to 2016 and Co-Head from 2011 to 2015. During his tenure, he has overseen more than $10 billion of acquisitions.

Before joining W. P. Carey in 2002, Mr. Fox worked at the Spectrem Group, a consulting and M&A advisory firm in San Francisco. Prior to Spectrem, he spent two years teaching mathematics and physics at The Hotchkiss School in Connecticut. He serves on the advisory board of the Fitzgerald Institute for Real Estate at the University of Notre Dame,  a center that focuses on educating and inspiring the next generation of real estate professionals. Mr. Fox also serves as a trustee of the W. P. Carey Foundation and on the Real Estate Advisory Board of Johns Hopkins University’s Carey Business School. He is also a member of The Real Estate Roundtable, a non-profit public policy organization that represents the interests of the real estate industry.

Mr. Fox graduated magna-cum laude at the University of Notre Dame, where he earned a B.S. in Civil Engineering and Environmental Science. He received his M.B.A. from Harvard Business School.  A former captain of the Notre Dame soccer team, Jason still enjoys playing soccer in his free time and is a member of the U.S. Soccer Foundation New York Leadership Council.